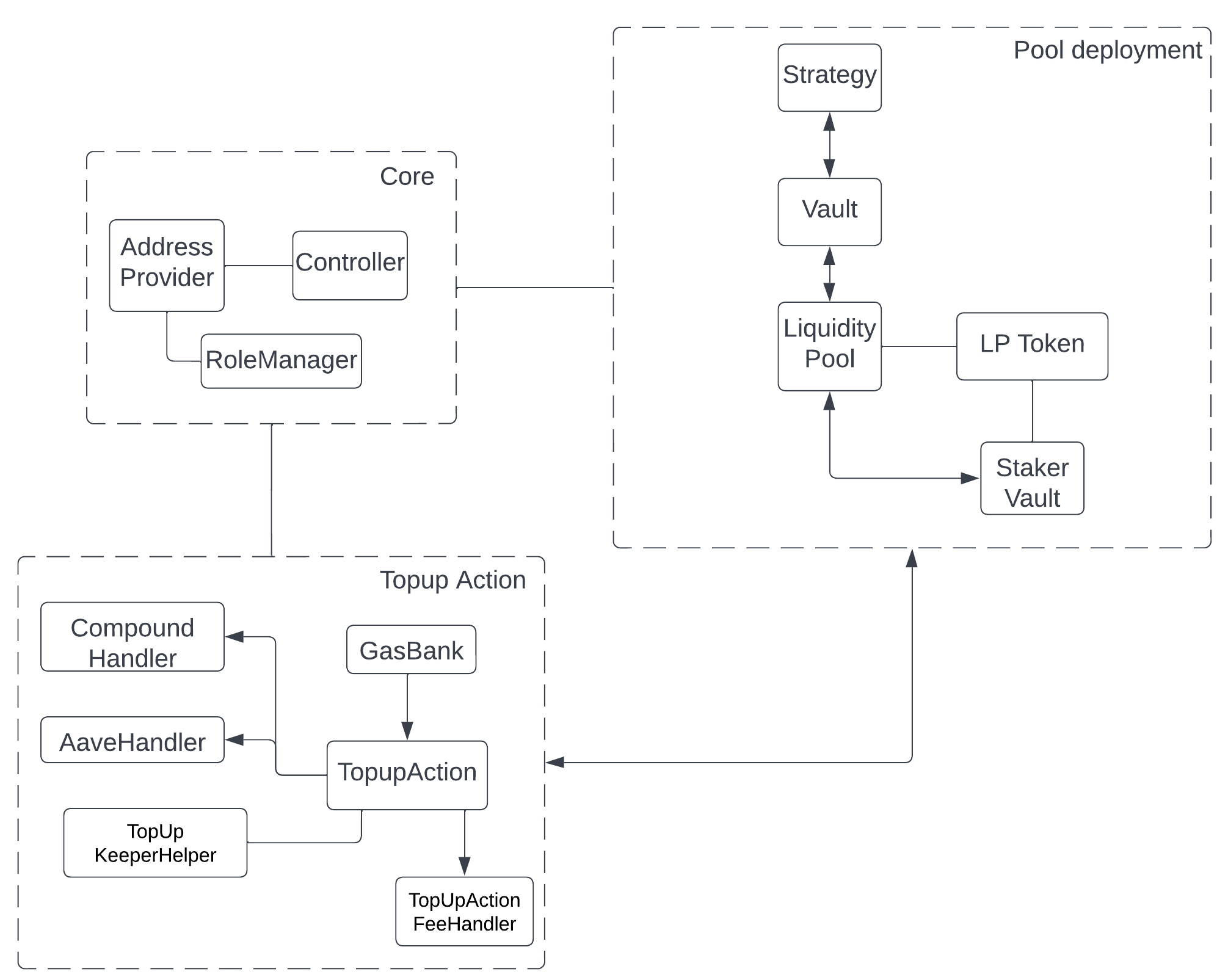 The code is splitted into three main parts: core functionality, pool-related code, and topup action related code. We show an overview of the structure in the diagram above.

A pool deployment is composed of five different contracts that interact together:

A user can deposit the LiquidityPool underlying asset and receive its LP token in exchange. On deposit, the pool delegates the liquidity to its vault once it has too much idle funds. The vault in turn delegates the liquidity to the strategy that will use the funds to generate yield. On withdrawal, the opposit process occurs. When a user withdraws from a pool, if the pool does not have sufficient idle funds, it will request funds from the vault that will request from the strategy.

The topup action is an action that allows user to automatically topup their collateral on a lending platform to avoid being liquidated. Once a user stakes an amount of LP tokens equivalent to the amount of funds they want to use to topup, the user can register his topup position. A topup position consists mainly of the following:

When the minimum collateral factor is reached, off-chain bots that we name keepers will call the topup action to execute the collateral topup. The protocol-specific logic is handled in per-protocol topup handlers that the topup action delegate-calls when executing the topup. When a top-up is executed, a percentage of the topped up amount is taken as fee. This fee distribution is handled by the fee handler and is currently split between the keeper and the pool of which the LP token was used.

To repay the keeper’s gas fees, users registering a position have to put an estimate of what a top-up will cost in the gas bank. When a top-up is executed, the gas bank will pay the keeper the gas cost in ETH directly.

Finally, the keeper helper contains logic to simplify tracking of positions that can be topped-up.

The code in core functionality handles the core authorization logic across all the protocol and also acts as a contract registry.